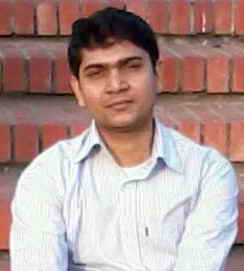 He joined Bangladesh Civil Service (General Education Cadre) as a lecturer in English through 33rd BCS Examination on 10 July 2014. He was posted first in Jessore Govt City college, Jessore and is now working as a Lecturer in English in Jessore University of Science & Technology..

He was born in the village Bahadurpur (বাহাদুরপুর) under Sadar (সদর) Upazila of Jessore (যশোর) District in 1986. His father’s name is Binoy Mazumder and mother’s name is Taposhi Mazumder. He completed his primary education from Bahadurpur Government Primary School and Jessore Polytechnique Primary School in 1996 and passed SSC Exam from Jessore Zilla School, Jessore in 2002 under Jessore Education Board. He aslo passed his HSC Exam under the same education Board from Jessore Cantonment College. He obtained his BA (Honours) and Master’s in English from Jahangirnagar University.

Back to the Department of English